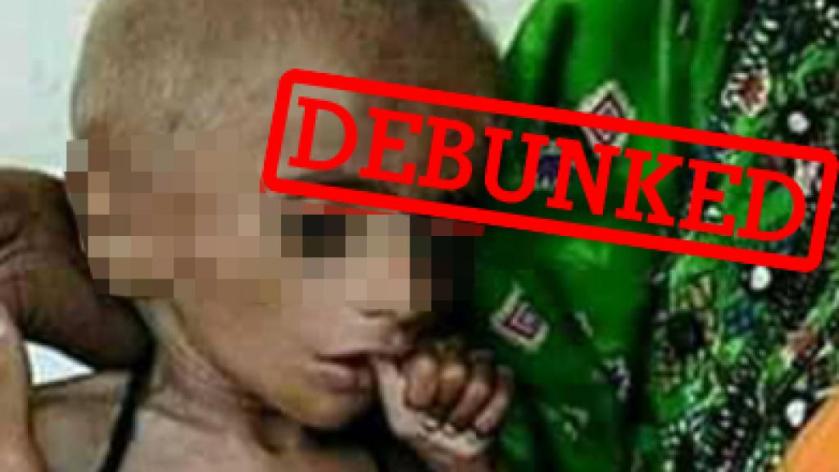 A photo of a starving child has been widely shared on Iranian social media websites such as Facebook and Telegram. It shows a severely malnourished child with skinny arms, swollen belly, and vacant eyes in the arms of his mother. The photo has been repeatedly shared on social media with the same message: ‘It is here, not in Syria, Gaza, Palestine, or Africa… Here in Sistan and Baluchistan, Iran!’, referring to the underdeveloped southeastern Iranian province bordering Afghanistan and Pakistan, an arid region plagued by poverty.

But a simple Google Image search shows that the picture hasn’t been taken recently, nor did it originate from Iran. In fact, it dates back to 2010 and was taken in neighbouring Pakistan.

The misleading message under the photo seeks to highlight the problem of income disparity and poverty in Iran, despite the influx of aid to the country from other regions of the world. The Iranian government is one of the strategic allies of the Syrian regime of President Basar al-Assad as well as organizations such as Hamas in Gaza and the Palestinian territories.

FRANCE 24’s Observers have published a manual with tips for verifying the authenticity of photos and videos circulating on social media.
Initially published on France24 on 03/02/2016