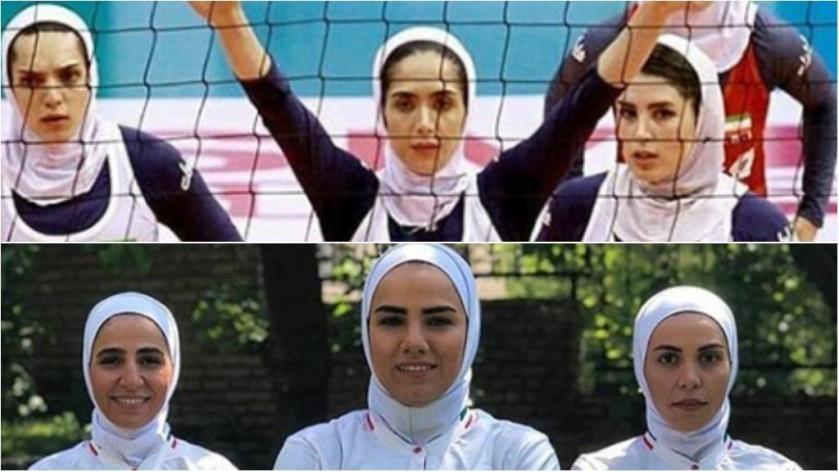 In Iran, TV channels – which are all state-run – do not broadcast most women’s sports competitions due to restrictions on showing women’s bodies. But thanks to social media, Iranian women are covering women’s sports themselves. They film the matches with their mobile phones, and then publish highlights on dedicated pages. Thanks to their efforts, fans can follow the exploits of star athletes in many disciplines, especially those most popular in Iran: football, futsal and volleyball.

Following the 1979 Islamic revolution, women’s sports became a sensitive subject. For many years, they were in a gray zone; they were not officially banned, but were heavily restricted in practice.

Starting in the 1990s, women’s sports gradually found a foothold, leading Iranian women to compete in regional Asian competitions as well as in the Olympics, in sports like taekwondo and kabaddi. In 2016, an Iranian women won an Olympic medal for the first time in history – a bronze medal in taekwondo.

Nevertheless, women’s sports remain a sensitive question for the Iranian government. Women are still banned from taking part in international competitions for many sports, like swimming, wrestling or boxing.

There are even restrictions on women bicycling in public. Two years ago, Iran’s Supreme Leader Ali Khamenei issued a religious order that placed important limits on female cyclists. He said that women should not bike in the streets, and that instead they should bike in all-female environments, like women-only parks and stadiums. This led to protests and confrontations between women cyclists and police all over the country. Today, women cycling in public is tolerated in some cities, but not in more conservative parts of Iran.

Since TV stations don’t broadcast most women’s competitions, Iranian women are compensating by posting their photos and videos of competitions to social media. There are many different accounts and pages, like Footlady, which has about 40,000 followers between Instagram and Telegram, or Varzesh Banovan (“Sports Women”), which has about 95,000 followers on the same social media platforms.

A few years ago, nobody would have recognized top female athletes on the street – like for example Fereshteh Karimi, Iran’s futsal superstar. But today, that’s no longer the case.

Two Iranian women’s futsal teams face off in the Iranian women’s championship in Ifsahan. The graphics on the video are not the work of a TV channel – they are added by the volunteers who run Footlady.

This is made possible by a network of women”

“In the last three or four years, people have become more interested in women’s sports, since more women have started playing sports. However, TV stations do not cover women’s competitions, except for very rare international events, like taekwondo in the Olympic Games. [Editor’s Note: Taekwondo does not pose a problem for Iranian TV because competitors wear clothing that covers their entire bodies].

This has forced women who are interested in sports to cover competitions themselves, thanks to social media. This is made possible by a network of women – referees, players, former players, coaches, journalists, fans, and even some people in the federations contribute to this coverage. They attend competitions, so they are able to film and take photographs, then send them to these dedicated social media accounts, which are present mainly on Instagram and Telegram.

There is no money in it – everything’s done on a volunteer basis, from gathering the videos, adding information via text on the image, and adding infographics. There’s even theFootlady app so that fans can follow women’s football and futsal news. Unfortunately, there are not enough resources yet to broadcast the matches live. It does happen, but it’s rare. What we share is mostly highlights.

Another problem we face is that sometimes competition organisers prevent people from taking photos or videos. This usually happens when a foreign team comes to Iran and don’t observe the Islamic dress code, or during matches where women’s bodies are more expressive, like in wrestling.

Independent media outlets have their hands tied: if they publish images where women’s bodies are considered too visible, they risk being shut down.

“Despite all these limits, we are progressing. Star athletes are becoming more familiar faces in our society, and fans are increasingly asking state media to broadcast women’s competitions.

A woman wrestler whose photo we had published on our pages sent me a message that really motivated me to keep going. She said that her husband used to tell her to give up, because there was no future for women wrestlers in Iran. But she said that once her image was everywhere, her husband was proud of her – he told everyone about her achievements and encouraged her.”

Last week, Iranian authorities let journalists take photos of a friendly football match between Iranian and Jordanian women’s teams in Tehran. Sports journalists that spoke to France 24 said they were not sure whether this was an exception, or a new policy that will continue.

The Iranian women’s volleyball team won its third straight victory over Australia’s team at the Women’s Volleyball Cup in Thailand in September.