Iranian football fans – male and female – reacted with shock and anger following the death of a female football fan on Monday. Sahar Khodayari, 29, set herself on fire at Tehran’s main courthouse on September 3 after learning she could face six months in prison for sneaking into a men’s match in March. She died six days later.

While Khodayari was being treated for her injuries in a Tehran hospital, she became the latest symbol of female fans’ struggle to watch men’s matches, which is illegal in Iran. Fans circulated messages using the hashtag #Bluegirl, a reference to the colors of Khodayari’s favorite team, Esteghlal.

Khodayari was one of many Iranian girls and women who try to sneak into football stadiums during men’s matches. On March 12, she tried to sneak into Tehran’s Azadi stadium disguised as a man – for an AFC match between Esteghlal and Al Ain from the UAE. But she was detected before she got inside the stadium, and detained for four days at Qarchak prison, known for its severe conditions.

She returned to the courthouse on September 3 to pick up her cellphone, which had been confiscated when she was detained. According to a friend, she was told that a judge had sentenced her to six months of prison. When she asked to speak to the judge, she was told he was on vacation.

On her way out of the courthouse in Tehran, Khodayari set herself on fire. She was transferred to Tehran’s Motahhari Hospital with third-degree burns on 90 percent of her body and severe damage to her lungs.

Her death on Monday at 4 am sparked widespread outrage on social media. Many footballers, artists, journalists, and even some MPs shared their anger, with some users calling for a ban on Iran’s football federation, and even all Iranian sports federations, until women are allowed to watch men’s matches. 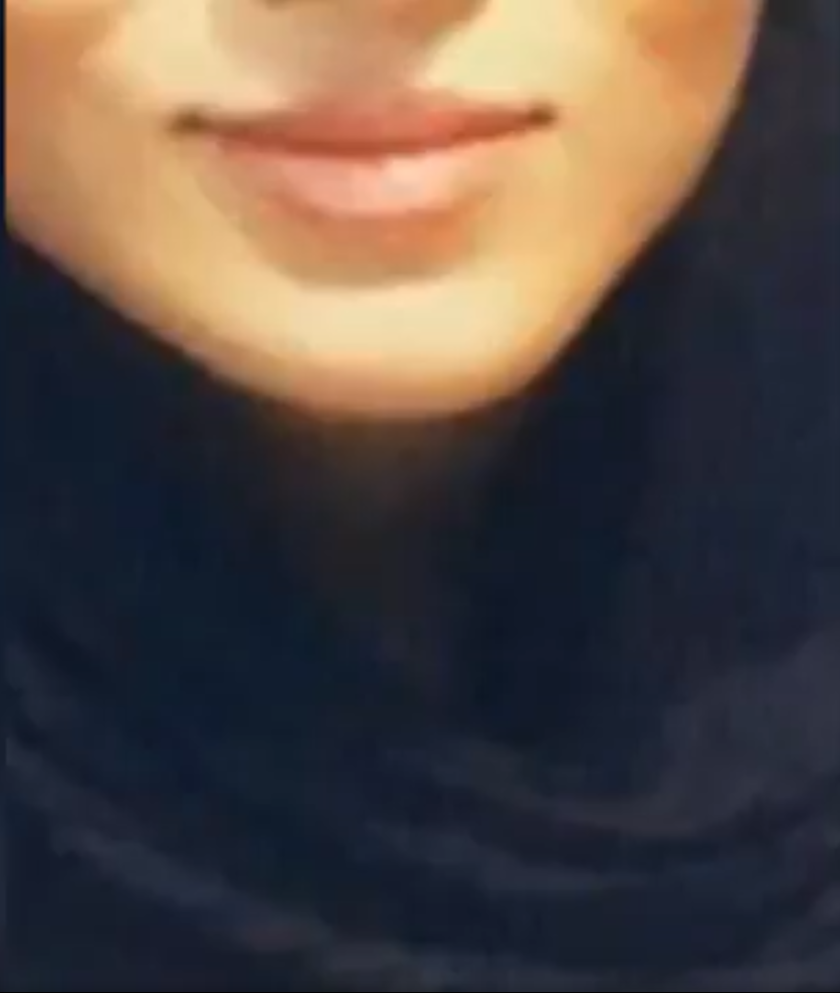 The family of Sahar Khodayari released this cropped photo of their daughter to Iranian media after she died on September 9 from injuries from her self-immolation six days earlier. The family did not say why they cropped the photo.

“We need a general strike by footballers”

Niloufar is an Iranian professional female footballer. A 26-year-old player for a team in Tehran, she is also a fan of Esteghlal and many years ago sneaked into Azadi Stadium to watch a match. She requested anonymity for this article.

“A human being has died. A young life was ruined because of a chain of dictatorships and stupid decisions by some fanatical men – men who think they know what is good and what is not good for women. First, police officers arrested a girl for the simplest of things -– watching a football match. Then a judge sentenced her to six months in prison. All of these men are criminals.

I’m so angry I can’t speak. I’m angry at male Iranian footballers who earn millions of dollars a year and don’t do anything real to stop this insanity – the insanity of banning women from men’s matches. All they do is post some mild criticism on their Instagram accounts. Why don’t they go on strike? Why don’t they take the knee like American football players in the US?”

“We need to stop the normalization of evil. We must not let silence, apathy, pain, torture, prison, and the death of even one person become ordinary. #Bluegirl”

Iran is the only country on earth that doesn’t let women attend men’s matches. It needs to end – even if that means sanctions for Iran’s Football Federation and all matches stop. I’m saying that as a professional player. What we need is a general strike by all of Iran’s footballers – men and women.

I don’t know how many female fans have been arrested trying to attend men’s matches, but Iran’s rulers need to understand that football is not just for men. There are thousands and thousands of Iranian girls and women who dream each night of seeing the green grass of Azadi stadium, to watch a match like any other human being.”

Members of Sahar Khodayari’s family told Iranian media they had come under pressure from security officials not to talk to the media. They said officials told them: “Sahar’s case is a matter of national security now.”