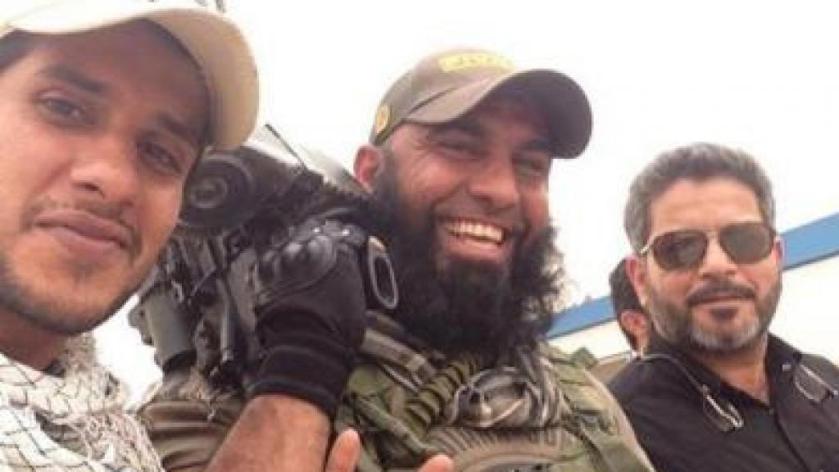 The Iraqi Shiite militia known as the Imam Ali Brigades is accused of having committed multiple war crimes in the fight against the Islamic State organisation in Iraq, including summary executions and torture of captives. But its brutality isn’t the only thing fuelling the militia’s notoriety – it also has a well-oiled communications strategy.

In June 2014, Shiite leader Ayatollah Sistani made an appeal for mobilisation against the Islamic State organisation. Numerous Iraqi Shiite militias were formed after this announcement.

These new formations joined the four large, already-existing Shiite militias in Iraq: the Badr Brigade, founded in Iran in 1982; Saraya al-Salam (the “Peace Brigades”), which is directed by the radical Shiite religious cleric Moqtada al-Sadr; Asaib Ahl al-Haq (the “League of the Virtuous”); and, lastly, the Iraqi Ketaeb Hezbollah.

The Imam Ali Brigades have distinguished themselves by resorting to extreme violence. The militia, made up of combatants trained in Iran or Lebanon, has faced widening criticism since the release of a YouTube video showing men wearing the Imam Ali Brigades insignia burning a man.

The Observers team has chosen to only publish screengrabs of this brutal video, which shows the men in battle dress standing in front of a gruesome sight: a man being suspended over a fire with his arms and legs bound. It’s unclear if the man is still alive.

The fighters joke amongst themselves, then at 0:45, one says “This is a combatant from Daesh [the Arabic word for the Islamic State group], we are going to reduce him to dust!”

The caption under the video, which was posted May 31, indicates that this crime occurred in the Karma region, in Anbar province. This information is impossible to verify for the time being.