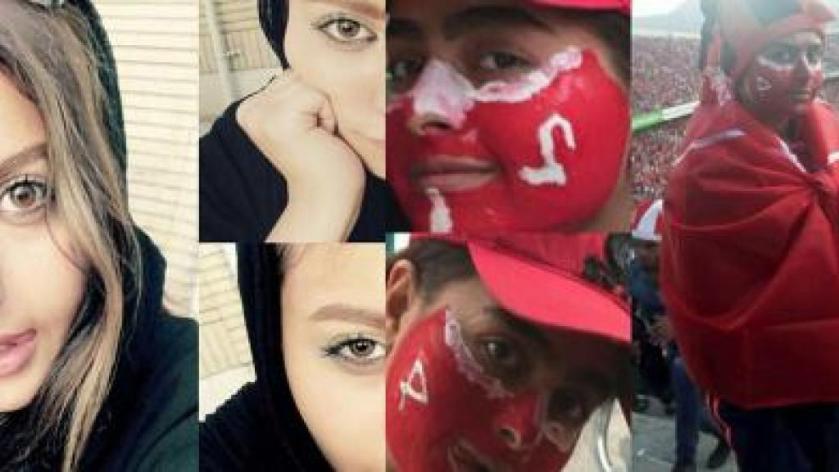 A young Iranian woman has become a star among fans of the Persepolis football team after she snuck into a match, which women are forbidden to attend. She took to social media to show how she disguised herself as a man to get in.

A 22-year-old Iranian woman, who goes by “Shakiba” on Instagram, swore to herself that she’d attend a match played by her favourite team, the Tehran Persepolis football club, even though women have been banned from attending men’s games since the Islamic Revolution in 1979. She achieved her goal on May 13, when she disguised herself as a man and slipped into the stadium alongside roughly 95,000 spectators.

After her adventure, she published a video of herself in the stadium where she says, “I said I’d go to the stadium and now I’ve done it!”

In the two videos that she published on Instagram,”Shakiba” shows herself outside and then actually in the stadium.

In a third video, “Shakiba” explains how she did it. She layered five T-shirts and five pairs of pants to hide her figure and to make herself appear bigger than she actually is. She also covered her face with so much paint that “her skin burned for five hours”.

Within a few hours of posting the videos, she went from a few hundred followers on Instagram to 22,000. Her posts were covered with people singing her praises – including fans of the rival team, Esteghlal Tehran.

“Shakiba didn’t do anything illegal”

For there are no laws actually banning women from attending a match played by two men’s teams. However, police routinely stop women from entering football stadiums for “security reasons” and women who dare to try to enter are often arrested. That’s what happened to a young woman who tried to attend a men’s volleyball game in June 2014 (we wrote about her story).

“Shakiba” responded to all of these comments by publishing another video in which she says that she had “no political motivation” and that she is just a “normal girl from a normal family”. She also said that quite a few fans in the stands had noticed that she was a girl but they “protected her as if she were a member of their family”.

Not the first Iranian woman to enter a stadium

While this young woman may have broadcast her adventures, she isn’t the only woman to have slipped into a stadium dressed as a man. Iranian filmmaker Jafar Panahi made a film about these women called “Offside”, which won the runner-up prize at the Berlin Film Festival in 2006.

Moreover, the current State Secretary for Women’s Affairs, Shahindokht Molaverdi, has expressed publicly on several occasions that she thinks women should be able to attend matches. Politicians in Iranian President Hassan Rohani’s ruling party seem to agree with her.

However, conservative political figures close to Supreme Leader Ayatollah Khamenei say that letting women into matches would put their “safety” in danger.

However, this ban on women attending matches isn’t set in stone, for it becomes somewhat bizarrely overlooked when international sports competitions are organised in Iranian stadiums. For one, world football’s governing body Fifa requires its member countries to allow all male and female fans of the opposing team into their stadium…