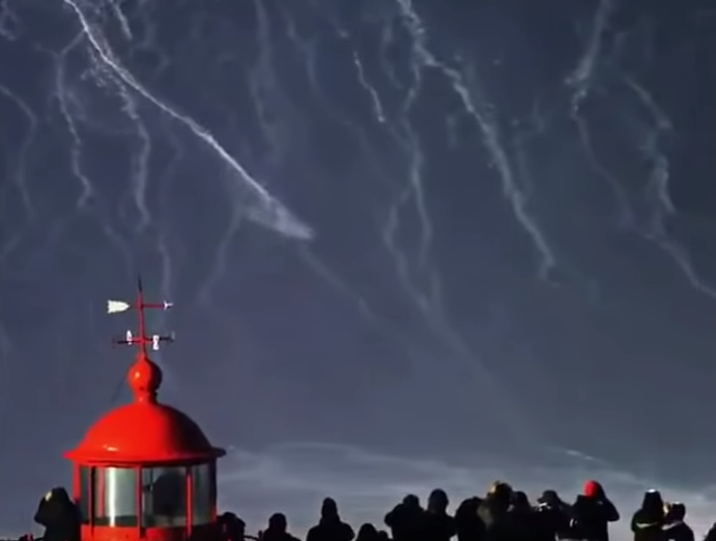 The footage is impressive: It shows a surfer riding an immense wave, and he looks miniscule against the towering wall of water. The video was filmed back in 2017 but it recently popped up on social media and started circulating widely. A number of online publications claimed that this video showed Brazilian surfer Rodrigo Koxa riding the biggest wave in the world. It turns out that’s not true. And the spreading of this kind of misinformation could have a massive impact on the career of the surfer who actually appears in the video: Sebastian Steudtner, a German athlete.

Rodrigo Koxa does hold the record for the biggest wave ever surfed. On November 8, 2017, he surfed a wave that was 24.87 metres tall in the waters outside of Nazaré, Portugal. Check out the (real) video of this feat:

On January 28, 2019, an American man shared a surfing video that he said featured Rodrigo Koxa riding this record-breaking wave. In his tweet, he used a video that had originally been posted by a Twitter account based in Italy called @Rainmaker1973 on August 12, 2018. With these two tweets combined, the video has earnt over 26 million views.

However, it turns out that this viral video actually shows Steudtner not Koxa. It was filmed on January 18, 2018, while Steudtner was surfing in the waters off Nazaré. The wave featured in the video is gigantic, but it isn’t as big as the wave on which Koxa set his record back in November 2017.

The video featuring Steudtner was filmed with a tight angle and the water looks darker and much more menacing. Stylistically, Steudtner’s video looks much more dramatic than the video of the record-breaking wave surfed by the Brazilian.

There’s been quite a bit of confusion since both Koxa and Steudtner completed these incredible feats but unfortunately this mix-up could have a consequence on both of their careers. Like many athletes, these surfers are dependent on their sponsors, who make it possible for them to make a living competing in a sport that they are passionate about. A big reaction on social media brings attention to these surfers and can help them get more money from sponsors.

Steudtner complained about this to the German surfing magazine Prime Surfing: “It’s not just a simple question of pride — it’s an enormous amount of business that I am losing out on,” Steudtner said. “There is a real lack of professionalism behind all this.” Steudtner added that any athlete who had his image exploited in this manner would suffer in the same way.