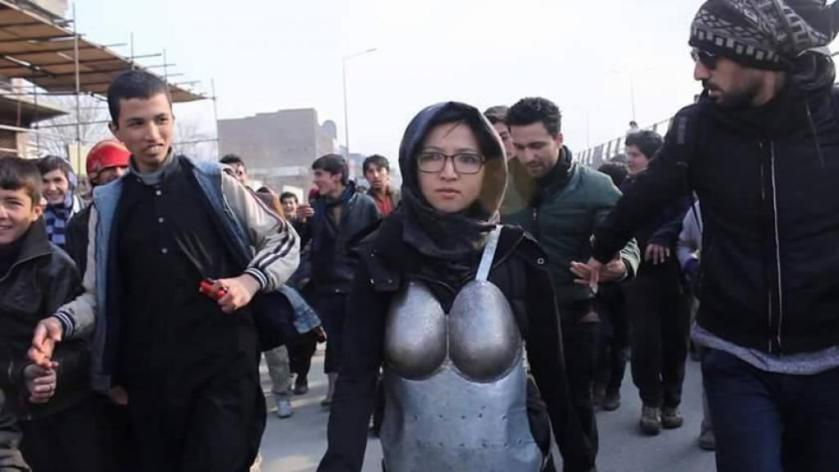 An Afghan artist walked through the streets of Kabul wearing metal armour in a bid to denounce sexual harassment, a courageous performance that nearly got her lynched. She tells us what happened…

“Every since I was a little girl, I have had to put up with men touching me and insulting me in the streets of Kabul. And of course, as I grew up, it became worse. This happens to all women here.

I told myself that I should react, fight back and answer their verbal abuse. But how many times a day could I fight this exhausting fight? Reality was more powerful than I was. So I decided to put on a street performance to show men that their behaviour is indecent, and to show society what women have to put up with every day.”