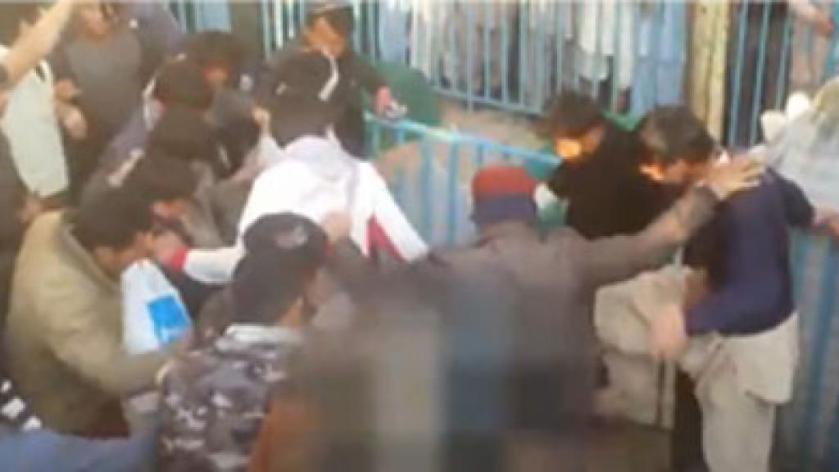 A mob of men begin lynching an Afghan woman in the capital Kabul. An Afghan woman was brutally beaten to death and then burned by a bloodthirsty crowd made up almost entirely of men in Kabul last Thursday. Gruesome footage has emerged of the mob lynching 27-year-old Farkhunda who was accused of burning a Koran near a mosque. The attack has triggered a wave of indignation throughout the country.

Her slow death lasted nearly two hours. Farkhunda’s horrific ordeal started in a mosque located in a heavily populated area of the capital: key government buildings including the presidential palace and the interior ministry lie nearby in a heavily secured area. The city’s chief of police insists that officers arrived after she was killed. Yet videos taken at the scene appear to contradict his version of events. In one, policemen stand by while groups of men continue beating her. It’s only after the arrival of reinforcements that they finally begin dispersing the mob. According to the country’s interior minister, four people suspected of having taken part in the murder have been arrested. One even claimed responsibility for the act and congratulated himself on his Facebook page.

There are no videos that show precisely how the young woman found herself at the hands of the vicious mob. But the grotesque lynching that followed was filmed by several people. Given the violent nature of the images, France 24 has decided only to publish screenshots taken from the video. In one such clip, the 27-year-old can be seen lying on her stomach while men mercilessly pelt her with wooden sticks and large stones. Yet even after a few minutes, Farkhunda is still alive. In another video – filmed moments later – her body is burnt on the banks of the river that cuts across the capital. This time, an even bigger crowd watches the macabre sight of a young woman being literally reduced to ashes.